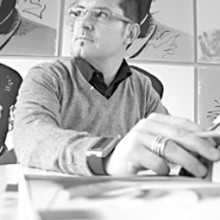 Enrico Cesana graduated in architecture in 1997 at the Polytechnic of Milan, in the period from 1998 to 2004 working with two teachers rapresenting two professional experiences happy and important, from both a professional and personal, that the closer and closer to the world of design, and build on a career choice that he himself defines as love at first sight, love at first sight. In 2005 he opened his own studio in Liss, the field of industrial design and architecture. It is believed a designer at the company’s service, in the positive sense of the word: love to work on the uniqueness and character, and being different from each company, its task is to be able to read the DNA and do business projects aimed at enhancement of these values. To get a good result, between designer and company must establish a feeling, an invisible thread of understanding, which allows to understand at a glance, without words, to confront and fight to find the optimal solution that is a mix of design , product strategy and marketing, only then the product is to be successful. Follows two design methodologies: products designed for the business and then be able to immediately produce a result and characterizing products and innovative to ensure the identifiability and uniqueness in the market and thus the growth of the brand. 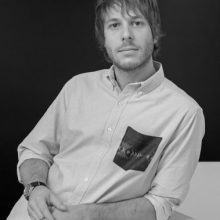 Gianmarco Codato has obtained his Degree in Industrial Design by IUAV of San Marino.
Since 2012 year, he cooperates with some Italian Studios of Design, to realize project which range from the Design of the Product to the Packaging and Graphics work.
After, he moves to New York and Los Angeles, where he follows Freelance Projects for Design and Communication Studios.
Today, he is developing mainly Projects for Furniture Design; Projects in which, he is always searching new productive methods , with particularly care to the materials utilized, which aim to an equilibrium between functionality and aesthetic.
His research in Product Design Sector, is proceeding with Works for customers, as: Boloni China, Napol, Veneran and Axia.
Since 2015 year he is cooperating with Luciano Trevisiol Designer to realize  Interior  and Design Projects . 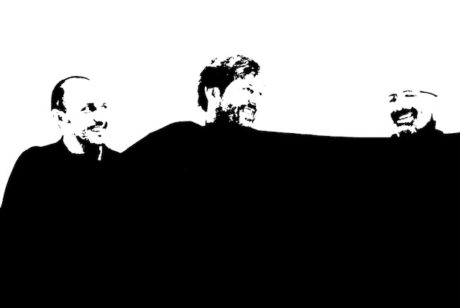 Signature of the ALALDA associati studio established in 1996, made up of al_alberto inzoli + al_alessandro coletti + da_dario meroni, babies first, friends later, architects and designers later. They have many experiences in the design, interpor, retail, architecture and security sectors, in collaboration with publishing, catering, fashion and private clients, in Italy and abroad. The firm’s pay off is “union makes strength” and “strength makes union”, a strength that, combined with professionalism, passion and experience, generates a creative workshop and a synergic container of ideas, which are developed and realised daily within the firm, finding life and feedback in and from the outside world.
“Every now and then we lose control and that is when the force generates disorder, creative disorder, positive disorder, innovative disorder”. 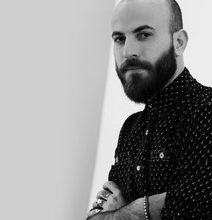 Leonardo Mercurio was born in 1985 and in 2011 he graduated with honors in the “Artistic Design for Business” at the Academy of Fine Arts of Brera. Attracted by the Japanese minimalist style, he started his professional experience with Setssu & Shinobu ITO – ITO Design Studio of which he was project / manager.
He collaborates with companies such as Antonio Lupi, Materium, Memedesign, Sawaya & Moroni, Rivs 1920, Désirée, Adrenalina, Lago, Guzzini, Lavazza, Hands on Design, Fiam Italia, Reggiani, Giovanardi etc. Winner of several awards of design: in 2015 the first personal goal arrives, winning the Cristalplant Design Contest as young designer. Then other awards in 2017 (4th Riva 1920 Design Award) and 2018 (1st Prize for the Textile Design Experience). 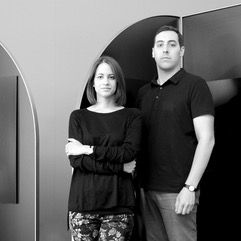 MARE Architetti is a studio based in Rimini involved into architectural projects, retail and interior design solutions. The strong attention to the architectural drawings through precise signs and solutions, the research of details and the careful choice of materials are the main characteristics. MARE Architetti collaborates with high qualified professionals to grant a coordinated approach from the architectural, technological, structural point of view. Moreover, the studio is involved in the field of national and international competitions that merge into a work of continuous experimentation on the conjunction between architecture and territory, between history and contemporary formal expression.
Founded in 2015 by Francesco Mariani. Giada Elleri is partner of MARE since 2017. 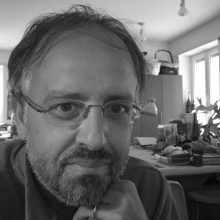 Ernesto Maria Giuffrè obtained his Degree In Architecture in 1998.
Afterwards he made a one-year work experience at the Research and Design Center of FIAT and then he made a phD in Environmental Design and eco-design.
From 2000 he started to work as independent freelancer in architecture and design, but always going on with his research activity.
From 2002 to 2007 he worked in the school of Architecture at the University of Rome teaching Industrial Design and Architecture.
During the last years he have been studying in deep the relation between the object, space and people through experiences of sculpture, drawing techniques and painting.
Each project is a moment of research and discovering of new possibilities both of the objects and themselves. 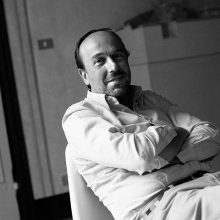 Partner in the architectural firm of Genoa SP10 is involved in architecture and restoration, equipment and design exhibitions. Many received awards and mentions among them the top spot for the province of Genoa to the National Architecture Prize [intra] places for works edition 2007/08 to the Stock Exchange in Genoa. In 2009 he took part in the national competition of ideas for the relocation of the library of the Chamber of Commerce, Industry, Handicraft and Agriculture of Genoa and won the first prize. The voice SP10 godmother in the illustrated biographical dictionary of the X Architecture Biennale in Venice. 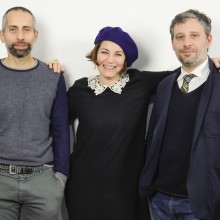 OfficineMultiplo is an architecture, design and communication firm.
Founded in 2007 in Turin by Ettore Balbo (Industrial designer), Mario Cipriano (Architect) and Francesca Di Noia (Interior designer), it’s the result of a multidisciplinary approach to design problems.
The firm has worked with several companies, such as Italdesign Giugiaro, Pininfarina, Lavazza, Ferrero, dealing directly with a variety of projects for large international brands.
OfficineMultiplo believes that the best way to solve a design problem, in the field of architecture, communication or design, is to face it with an holistic approach and to studying it from different perspectives. OM considers architecture, design and communication as interdependent forms of expression, able to fuse together, inspire and support each other.
Whether it’s design of interiors or exteriors, public or private, products or furniture design, corporate identity or brand identity, OfficineMultiplo blends his knowledge and experiences to create unique solutions, from concept to realization. 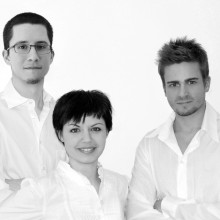 Busetti Manuela and Andrea Garuti know in 2002 while studying Industrial Design at the Istituto Europeo di Design in Milan. Since 2004, competitions and design for companies in various industries, table, taps, sanitary ware, furniture. Receive several awards, the “Project Selection Young” in 2004 on the occasion of the XX Compasso d’Oro ADI, won in 2007 the 1st prize in the Design of Liss Playing with Baby Belly project, sponsored by the Milan Triennale, in addition to participate in various events and exhibitions. Matteo Redaelli he graduated from the Istituto Europeo di Design in Milan. The streets cross each of the three designers in 2007, during the joint collaboration among a team of Design in Milan, and agree to work together on new projects combining their qualities and attitudes. Peculiar feature of their work is the careful research of technologies and materials, which are studied, revised and / or decontextualized for creating different combinations, giving life to objects with aesthetic features new and innovative performances. 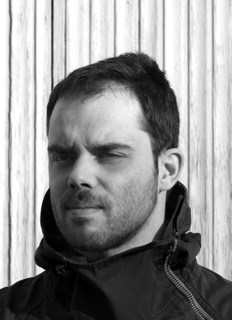 After graduating at ISIA (Higher Institute for Artistic Industries) of Faenza with a thesis about the experimental use of paraffin waxes in lighting technology, starting from 2000 he collaborated with the designers Paolo Zani, Stefano Gallizioli and Matteo Thun in their design studios based in Milan. Since 2008 he has been working as an independent designer. He is constantly interested in deepening the meaning of interaction between human beings and objects and the affective and emotional relationship that develops between them.